ambition is to act as a bridge of cooperation, on the one hand between the Balkans and the rest of Europe and, on the other hand, between the Middle East and the Gulf, notes Foreign Minister Nikos Dendias in the 2021 Special Edition of the Investment Guide for Greece (2021 Special Edition of Greece Investor Guide).
Mr. Dendias underlines Greece’s determination to strengthen cooperation with all partner and allied countries, with the aim of promoting peace, stability and development in the wider region, as well as the need for intensification and multilateral diplomacy to address global challenges and characteristically notes that “the era of empires is over.”

“Our goal is to promote co-operation in a wide range of areas, such as the economy, energy, tourism, culture and even civil protection in a geographical area extending from Europe to the Gulf,” he said. Greece does not build alliances against anyone and does not exclude anyone under the condition of respect for international law and the law of the sea.

“Our strategy is not a response to the escalation of tensions in the Eastern Mediterranean, sparked by Turkey’s neo-Ottoman ambitions and efforts to build a sphere of influence in the region, trying to simulate, albeit unsuccessfully, its policy of power. 19th century “.

The Foreign Minister states that the recent pandemic has shown that countries can no longer face global challenges on their own and adds that Greece supports multilateral cooperation.

“Issues such as climate change, or more recently, as we have discovered, global pandemics, are global challenges that require global solutions. Therefore, multilateralism is not the only preferred solution. That is the only solution. ”

“Going back to the old ways of dealing with international politics, as some still believe they can do today, is no longer possible. The era of empires is over, as is the era of exclusive spheres of influence. ”

He added, of course, that this did not necessarily mean the end of bilateral relations, and noted the Foreign Ministry’s special emphasis on building bilateral ties between Greece and its EU and Southeastern European partners, as well as in the Middle East and the Gulf. .

“In addition, my goal is to strengthen existing strong ties with traditional allies, such as the United Kingdom and the United States, but also to reach out to countries that have an increased footprint in global affairs, such as China, India, Russia, Japan. “Canada and Australia,” he said. “We want to build relations with other parts of the world that were not traditionally considered a priority of Greek foreign policy. I am referring specifically to the French-speaking parts of Africa, which are a political choice for Greece, as we want to invest more in our relations with the French-speaking world in general. ”

Regarding relations with the USA, Mr. Dendias refers to the revised Mutual Defense Cooperation Agreement, which will ideally be signed by the end of the summer, but also to the strategic partnership with the USA in many other areas, including trade, economy, immigration and security.

We believe that the United States can play an important role in promoting peace and stability in the wider region. “We support a stronger and more visible US presence in the Eastern Mediterranean, not only militarily but also politically,” he said, describing the US participation in the East Med Gas Forum as a “positive development”.

Referring to the EastMed gas pipeline, Dendias notes that “geopolitically, it would be a strategic bridge between the region and Europe” and notes that its economic viability, as well as whether it is technically feasible, have been proven by independent international studies by specialized companies, co-financed by the EU.

Mr. Dendias notes that the EU-China Investment Agreement (CAI) is an opportunity for the EU and Greece to balance investment flows and secure the position of economic operators in China. In addition, it includes commitments to create a fair and transparent trading environment.
“Greece has always been a supporter of a balanced investment agreement to create a stable economic environment,” he said.

In the context of the year of culture and tourism between Greece and the People’s Republic of China, the two countries seek to deepen their traditional friendly relations.

Greece is betting on the “golden vein” of American tourists

Need an Expert? Media can speak directly with Center experts on a wide range of health topics Click…

Robe B. rewarded with a day

Robe B.’s post-BNA career seems to have been more active than when he was actually playing. But, he…

Some people just ooze happiness: They always seem to be smiling , and let negative emotions and experiences…

Many people think beer and wine are packed full of sugars, but this is not quite true. Alcohol itself… 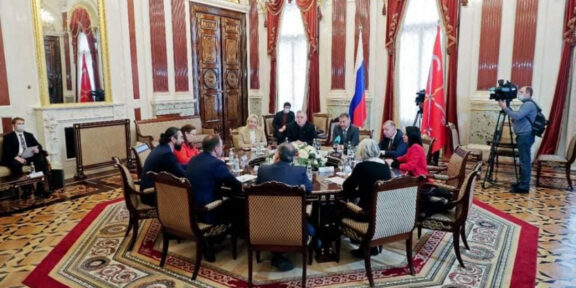 The Center's Health is a recognized authority on the current state of local, state and national health.…

To give food-focussed travellers an insight into where they could eat well for under £10 a head, away… 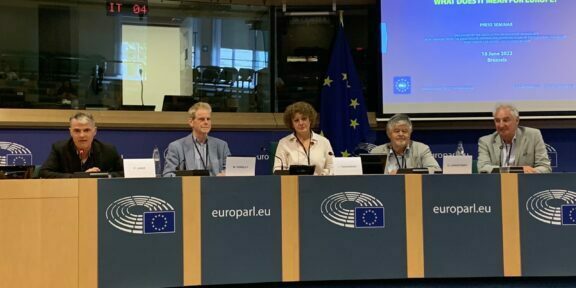 The Seminar of the European Union of Journalists…

The process of free movement within the… 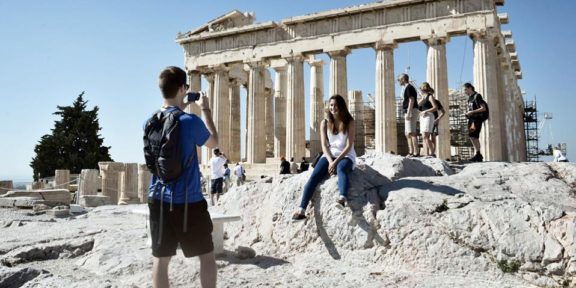