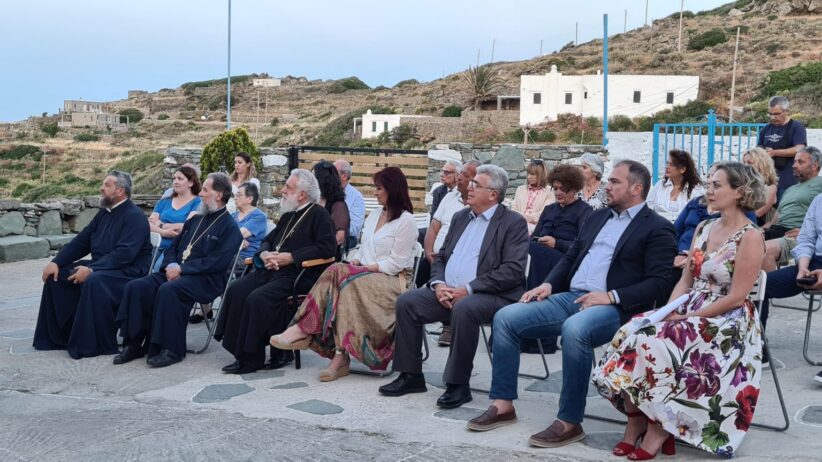 The creation of the “Garden of Dorotheos II” in Sifnos marks the beginning of the project of AMKE “MOVEMENT” for the protection of the Environment of the South Aegean.

In a moving event that took place in Sifnos, in the courtyard of the Holy Monastery of Panagia Vrysi, the president of AMKE “KINIMA” Katerina Androutsou announced the decision of the Board of AMKE to start the project in Sifnos, to create a unique garden, and presented in a photorealistic version the final form of the Renovation of the space, owned by the Holy Monastery of Vrisi. A green space, a beautiful, harmonious garden and above all perfectly compatible with the climate and the Environment of the Cyclades.

An important and very moving moment in the event was the announcement of the president of AMKE “KINIMA” that the garden of Sifnos will be named “Garden of Dorotheos II”, as a minimum sample of Respect and Appreciation to the Hierarch and Man, who with the Work and he supports his actions admirably and unceasingly proves his sensitivity for the Environment, the People and his Flock “.

The attendees applauded warmly, while His Eminence Metropolitan Dorotheos II, honorary person of the Event, in his speech, promised that “… I will defend the Garden that you gave my name which will be a breath of fresh air for the inhabitants and visitors of the island” , while emphasizing that: “What you envisioned is a continuation of the Work of God, of His property that He entrusted to us. We are accountable to Him, if we destroy it, while if we maintain it and promote it, as you envisioned, we are collaborators in His Work, and that is very important… ”

The event was greeted by Messrs. Mayor of Sifnos Maria Nadalis, Cyclades MP of the ND Filippos Fortomas, Rural Development Consultant Filimonas Zanetidis, the Prefect of the Council Ellipouros Nikos Chrysinis, and the President of the Union of European Journalists Sagia Tsaousidou, who in her greeting stressed the need for education and awareness of children on environmental issues, concluding that “by supporting this effort in Greece and abroad we are laying a foundation stone for a better world . “By protecting the environment, we are protecting our home.”

Sponsor of its project is the company KORPI.

The study design of the space of the “Garden of Dorotheos II” in Sifnos was carried out by the scientific team of the company Ecoscapes.

We remind you that supporters of AMKE “KINIMA” who provide their auspices in its work are:

Sanctuaries of the Diocese of Paronaxia

Sanctuaries of the Diocese of Thira, Amorgos & Islands

The Pastoral Training Foundation of the Holy Archdiocese of Athens.

The Ministry of Environment & Energy

The Greek National Commission for UNESCO

The University of the Aegean

The Union of European Journalists

”Heptapolis-Trilogy, the Vision of Delphi”

What Is a Health Home?

Your Care Coordinator works with you to create a plan of care that meets all of your physical, mental…

Sakellaropoulou: "Many times we felt justified alone" - Merkel: "Relations had some ups and downs" German…

The "New York Times" refers to the "bet of the opening of tourism" in Greece, referring to a great challenge…

The key to avoiding motion sickness 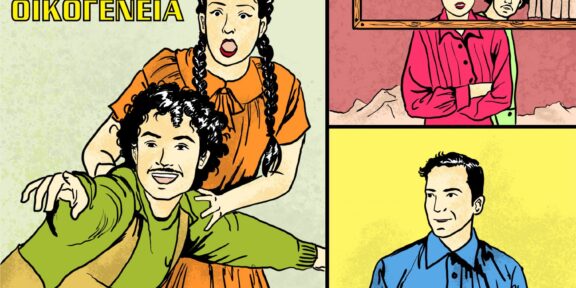 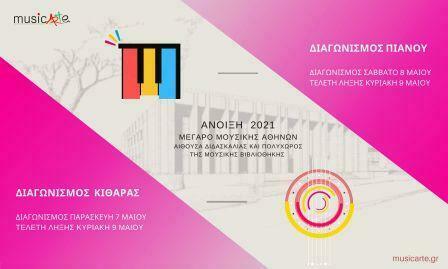